It's the End of the World As We Know It

Bread with Honey has a bun in the oven.

So naturally, I have spent every spare moment of the past week decluttering and purging closets, and neglecting this blog.

What, isn't that what everybody does when they find out they're pregnant??? I mean, who can concentrate on feeling crappy with disorganized closets....

And a good choice it was, too, since nauseau has finally set in. I was imagining how embarrassing it will be to write about all the rules I break during early pregnancy- parenting rules, food rules, you get the picture.

I've already eaten pizza, chocolate, and white sugar. I was very convinced I was NOT pregnant for several reasons, including abundant energy and a normal appetite.

A week or 2 late for me personally, but there I was, wandering around the supermarket, aware of the last time I ate, knowing I would need to eat again soon to avoid that terrible, mushy feeling, trying to decide what on earth to eat, starting to feel desperate, "just pick something, anything, it doesn't have to be the perfect food- just decide to eat SOMETHING!!!"

And ushering in thereby, a new, though thankfully temporary, era of emergency-use-only parenting. Which sometimes involves a little too much screen time or a can of soup.


And it means all plans are off for all those sugarless Christmas treats- sorry. I usually avoid sweet stuff like the plague once I'm feeling queasy. And I'm glad I got my favorite lentil recipe cataloged last week: 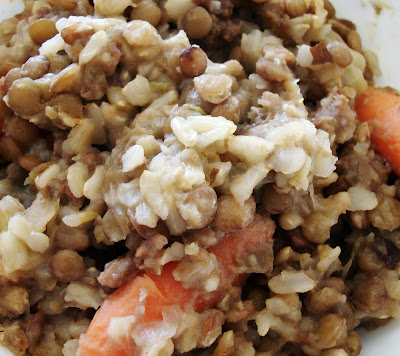 because lentils are definitely OFF the menu for a couple of months!

Thankfully, our Advent and Christmas plans are operable on autopilot 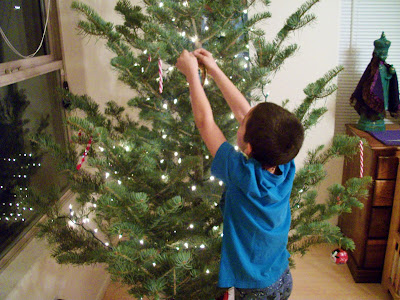 and it's so darn cold outside that January spent in bed, watching "Planet Earth" videos should be completely justifiable!

I promise some great winter, but non-Christmas, book recommendations, and some fun and very high protein recipes, but maybe with less frequency than usual.


"Babies are such a nice way to start people."
~Don Herrold
Posted by Breadwithhoney at 11:35 PM