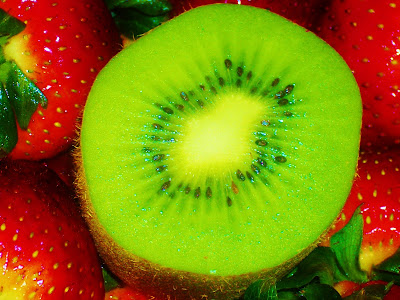 My husband thinks Baby Step #9 should be "Listen to Your Husband 100% of the Time"; at least, listen to him, my husband, because he's always telling me not to worry about anything. Ever. And relaxing, in his opinion, is just as important as nutrition for good health. I told him he's right. And if God would just transplant our personalities for a single day....

Sugar Season is that season that comes this time of year. Starting shortly before Halloween and lasting until, say, January 15. Have you noticed that flu season revvvvs up just as Sugar Season (thank goodness) fizzles to a close? Hmmm. And that everyone in sneezing distance has a cold in January and February? Hmmmmmm. And Seasonal Affective Disorder starts to bother people late in January? Hmmmmmmmmm.

Nobody ever mentions these things- doctors, the media, pharmeceutical companies... but your body is exposed to germs all the time. You would die without germs. Your body's immune system constantly fights off unfriendly germs. Doing so keeps your immune system strong, in fact. You get sick when your body's defenses get overwhelmed. That's why when 2 people who get exposed to the same germ, one might be unaffected and the other might be in bed for 9 days. It's why some kids catch everything that goes around, while other kids run a fever for an afternoon then hit the ground running.

Genes affect your body's defenses, too. But good nutrition will keep your immunities functioning your personal best.

Avoiding sugar and junk food is my #1 strategy for surviving Sugar Season without contracting the plague. Excercising regularly despite the bad weather is good, too. This is easier said than done, of course, with dozens of invitations to parties, which means lots of party food and late hours. Present wrapping, celebrations to plan, cards to write, songs to sing, books to read, decorations to make, lights to hang, not to mention the usual 3 meals a day to cook, noses to wipe, baths to give-

Ya, sure, plus excercise and eat properly, too! What's the big deal? You're super-woman, right?

Christians have a good excuse to give up sugar for Advent (the 4 weeks before Christmas), since it is traditionally a penitential season. That's what I do. I explain to the children, every year, why we are doing it. I've found that it is easier on all of us if there are no exceptions to this rule, otherwise every day seems to be the occasion for an exception.

Halloween just ended. My 2 older kids each ate 1 piece of candy after lunch knowing that we'll have no sweets (no white sugar) till Thanksgiving. They know that on Thanksgiving they can eat as much of their grandmother's famous apple pie and pumpkin cheesecake as they want (after a big plate of turkey and green beans and salad, of course). The holiday seems very special that way. Then it's a fast again till Christmas Mass. After which I pretty much drop the reins till New Year's.

I always take a big sugarless apple crisp to holiday parties so my children have something yummy to enjoy, and to prevent them from resenting our no-sugar fast. I also feed my kids before parties. It sucks.

Parties used to mean "Woo-hoo, I don't have to cook dinner!" but it always ends up badly. Half the time the food will be covered in cheese (Isaiah gets much more messed up by dairy in the winter than in the summer), or else there will be no protein in sight. So I've learned: if I want to enjoy the party, feed the brood beforehand.

On the days I know we'll be eating unhealthier-than-usual fare, I try to give the kids acidophilus- the friendly bacteria your intestines need to keep candida- yeast- at bay, and to keep things, uh, moving smoothly. We also take our elderberry syrup and echinacea tincture sporadically (that is, whenever I remember) during Sugar Season.

The other thing we do regularly when the temperature drops is to bring out the neti pot. This:

is the neti pot I gave several people for Christmas last year. We have one that I sterilize between uses. (Everybody is supposed to have their own, but I thought 3 neti pots was just too much in my cabinet!) My 7 year old does his own nose himself with it. My 4 year old uses an eye dropper on her own nose because she won't let me use the neti pot on her. John Paul, our baby, gets his nose washes with saline in an eye dropper, too. And I use a teeny pinch of baking soda and a teeny pinch of Himalayan Pink Sea Salt

in warm water. It's a winter ritual, really, and we usually giggle a lot watching each other's funny faces while 'neti-potting.'

Is there something you do to survive Sugar Season healthily? I'd love to hear about it!