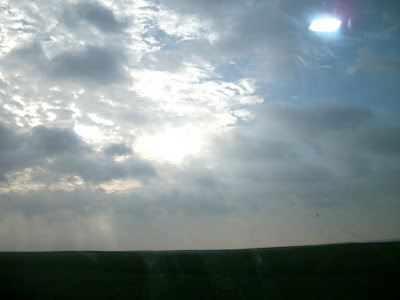 Life is so strange. How can it be fair for tragedy to narrowly escape this one, to land full force on that one? It's a question that has plagued humankind for millenia. And while for Christians, there is an Answer, it still can leave a dead weight in the pit of your stomach. 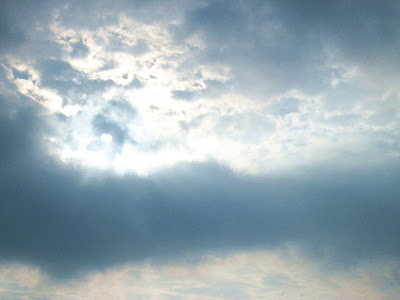 Sunday afternoon we were driving from Lawrence to Kansas City. Just as I was drifting off to sleep, I noticed some amazing clouds on the horizon. No longer sleepy, I became consumed with capturing them before they blew on. 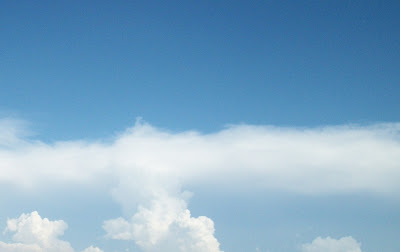 'What the heck are they?' I chattered to Ed as we drove, 'Thunderheads? Cumulonimbus? What? I've never seen clouds so gorgeous, not even in Kansas.' 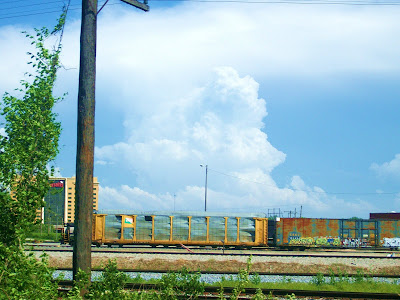 What I was seeing was the super-cell. 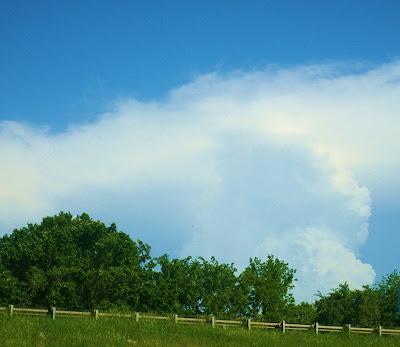 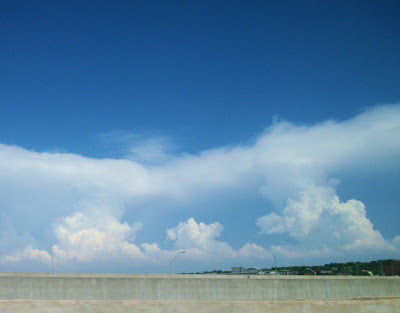 And I was sitting there, 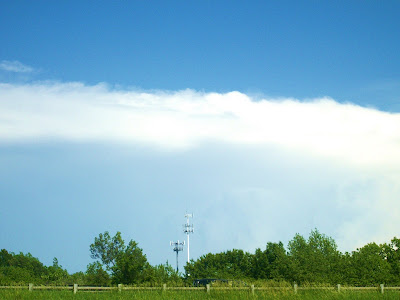 oblivious, from a distance, 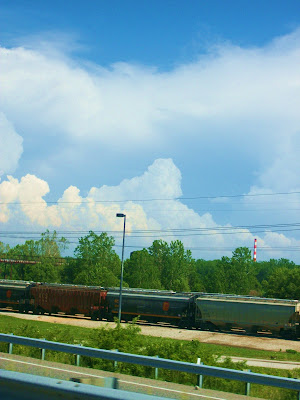 taking pictures and admiring the terrible beauty of Mother Nature on the warpath. 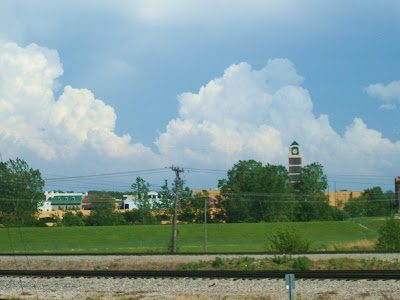 A grace, to miss total destruction by a mile or two. A grace for me. And yet, a grace for all.

God doesn't will (cause) evil or destruction. But He does allow it.

When we got to the hotel, the pictures were already all over the televisions in the lobby. Chilling. But it seemed very far away. I'm happy I had no idea we had just driven by that storm, or my joy at being with my family would have been quite dampened by the realization.

Last night as I uploaded these photos, though, Ed put 2 and 2 together for me, and it hit me like a ton of bricks.

Not that anyone escapes storms.

Eight and a half years ago I was in a serious car accident, with a 15% survival rate. So, life changing, in a single moment, is not something foreign to me. Modern medicine saved my lifew and destroyed my health in one fell swoop. Everyone has storms. It is so easy to look at other storms and think that someone else's storms are easier, harder, better, worse.

Here is a story I read as a teenager that I've remembered and mused over many, many times since I read it 15 years ago. I hope you enjoy it as much as I do:


The Sorrow Tree
by Brian Cavanaugh, T.O.R., The Sower's Seeds

"So it was that when the Hasidic (Jewish) pilgrims vied for those among them who had endured the most suffering, who was most entitled to complain, the Zaddock told them the story of the Sorrow Tree. On the Day of Judgment, each person will be allowed to hang one's unhappiness and sufferings on a brach of the great Tree of Sorrows. After all have found a limb from which their miseries may dangle, they may all walk slowly around the tree. Each person is to search for a set of sufferings that he or she would prefer to those he or she has hung on the tree.

"In the end, each one freely chooses to reclaim his or her own assortment of sorrows rather than those of another. Each person leaves the Tree of Sorrows wiser that when he or she arrived."

I've been inspired by Small Steps Together over at Real Learning
http://www.elizabethfoss.com/reallearning/
(sorry, I can't get the link to work this week!).
Posted by Breadwithhoney at 7:04 AM